In the fall of 2016 I had the opportunity to travel to Southeast Asia. This was a business trip, as I was traveling as part of an educational group tour of international admissions counselors. In this role, I traveled to meet prospective students and talk to them about the benefits of studying in the United States and attending our university.

I won’t focus on the details of my job in this post. Instead, I wanted to describe the four incredible places I had the opportunity to visit. My schedule was very busy, but I tried to find some time to explore and appreciate the new places I was seeing. So while this post may not be filled with many details, I wanted to write about some of the things I was able to experience. This was my second time in Asia, and it was very exciting to finally be back!

The flight to Southeast Asia was very long from the east coast of the United States, but I had the pleasure of flying with Emirates Airlines. The airplane and the service were exemplary, and my layover in Dubai was hassle-free and convenient. The inflight entertainment was state-of-the-art and the food was delicious. The hardest part of travel is often the long journey to reach the destination, but with Emirates, I was able to relax and fly in comfort. I will definitely consider using Emirates again for any upcoming long-haul flights.

Kuala Lumpur is the capital of Malaysia, and is a fairly new city in a country with a rich history. Literally meaning “muddy river confluence” in Malay, Kuala Lumpur has grown from a small sleepy village to a bustling metropolis. The most famous landmark of KL is the Petronas Twin Towers, once the tallest building in the world. It is located at the apex of KL’s Golden Triangle, which is the major shopping and business district.

The day before our international school visits began we had the opportunity to visit the Batu Caves in Selangor. We were able to easily take local train transportation from central KL out to this Hindu temple and shrine. The Batu Caves are a limestone outcrop that consist of three main caves, all featuring temples and Hindu shrines. Its main attraction is the large statue of the Hindu God at the entrance, but in order to enter the main caves you need to climb up 272 steep steps. Inside you will encounter many tourists, religious pilgrims, and several families of monkeys. This natural wonder, highlighted with man-made religious symbolism, is a truly fascinating destination.

Jakarta is the capital of Indonesia, and it is chaotic, crowded, and cosmopolitan. The city is actually a collection of villages known as kampung, but it is now a traffic nightmare crossed by main roads and super highways. The country has more than 300 ethnic groups who speak 200 different languages. All of this domestic and international diversity comes together in Jakarta, a true gateway city.

In Jakarta we had the opportunity to tour downtown by van, and eat dinner in a traditional restaurant. Our tour of the city mostly took place between school visits, and we were lucky to have been out on a lighter traffic day. It can easily take hours just to travel a few miles in Jakarta, which is why so many people opt to get around on scooters instead of in cars. Our traditional dinner was located out by the airport, and thus outside of most of the chaos of the city center. Once there, our large group was seated in a private room that was suspended over water, with beautiful garden views. We sat on floor pillows around two large tables and sampled local beverages and shared a sampling of Indonesian food. Most of the food was from the sea, since Malaysia is ultimately a country of many islands, but we also had vegetarian choices. This beautiful dinner was certainly a nice escape from the hustle and bustle of the city center.

Seoul is the business and cultural hub of South Korea, with urban parks, culture, food, and design all rolled into one. It is a new, modern city built on an ancient and marvelous history. Upon arriving in Seoul, after a long 8-hour red-eye flight, we immediately set out to visit schools around the city. My initial impression of Seoul was that it felt much more organized, ambitious, and familiar than the previous two cities I had visited.

Our hotel was situated just outside a busy shopping district which we were able to spend some time exploring in the evening. We sampled food from some of the many street carts and shopped in small stores for all varieties of merchandise. It’s a good thing we had a local with us, as the streets were a labyrinth of lights and general commotion. On our second night in Seoul we also had time to sample traditional Korean barbeque. In this restaurant the main course of marinated pork was cooked by a chef tableside. The popular method of eating your Korean barbeque is by wrapping it in a lettuce leaf. The pork was so tender and delicious it almost melted in your mouth. 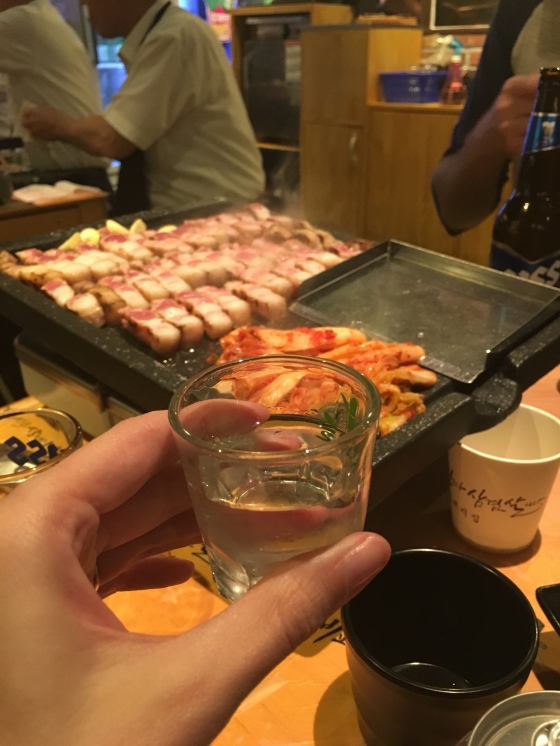 Of all the cities we spent time in, Seoul would be the one place I would visit again as a tourist.

Visiting Bali is like being inside a postcard. You can soak up the sun on a stretch of fine white sand, or visit ancient stone temples tucked in the jungle. I certainly did not have enough time on this beautiful island, but I can say that if you travel to Indonesia, Bali is a must-see. The island is renowned for its highly developed arts, including traditional and modern dance, sculpture, painting, leather, metalworking, and music. If you prefer to spend time in the water, Bali is part of the Coral Triangle, which has one of the highest biodiversity of marine species in the world.

While staying on the island I found some time to indulge in a traditional Indonesian massage and hair treatment. After a busy business trip, it was nice to spend a little time pampering myself with some of these spa treatments. The massage included a facial treatment and a traditional Indonesian foot massage, while the hair treatment consisted of an aloe and avocado-mix being smeared over my head and hair. All of the treatments were performed by a local specialist who made me feel relaxed and informed about all of the techniques she was using.

Travel is often about exploring for me, but sometimes is also about rejuvenation. Bali was just that for me, a time to rejuvenate after a busy trip and before a long flight home. 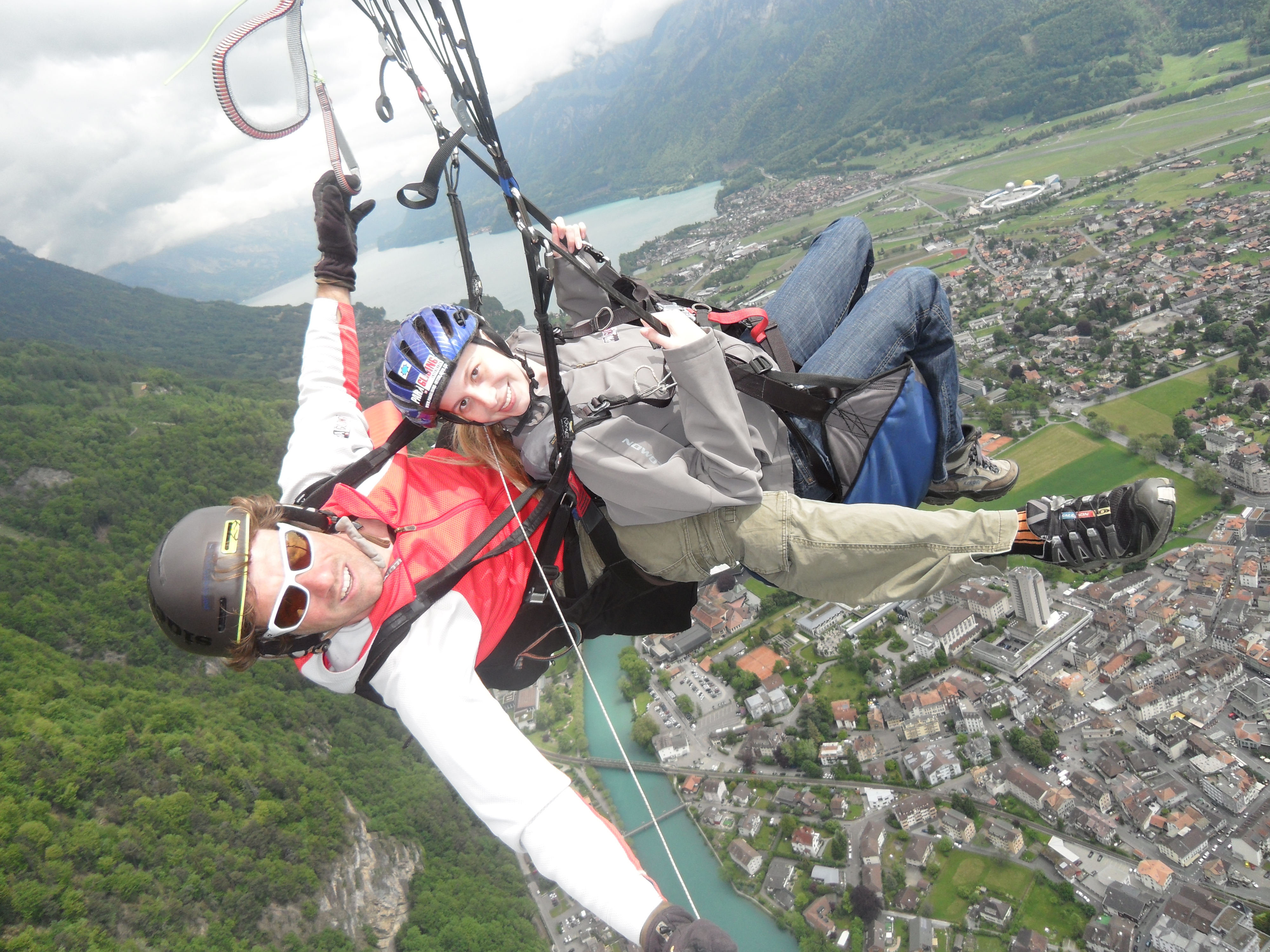